Change of Status from one Visa Category to Another 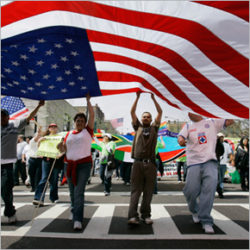 Clients frequently ask our immigration attorneys about Change of Status. Every day thousands of non immigrants temporarily enter the United States for a specific purpose such as business (for example, B1 visa), study (F1, J1, M1 visas), or pleasure (for example, B2 visa). The first immigration document that a non immigrant receives at the border or other point of entry is I-94 (Arrival/Departure Record). When a you entered the United States, U.S. immigration inspector should have examined your passport and visa and then given you an USCIS Form I-94 (Arrival/Departure Record). This record should tell you (in the lower right-hand corner) when you must leave the United States. As non-immigrant you can prove that you did not violate U.S. laws by turning in your INS Form I-94 to the proper authorities when you leaves the country.