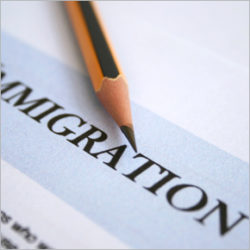 Our immigration attorneys are uniquely positioned to represent clients who are concerned about the immigration consequences of their family law matters. Our lawyers will represent clients in international child support disputes. If a non-paying spouse left the US in order to avoid paying child support, there might be a relief available. In 1996, the United States government joined international convention concerning enforcement of child support. If a non-paying spouse resides in a country where US has a bilateral agreement, the child support obligations are easier to enforce. At this moment, such countries are Australia, Canada. Czech Republic, El Salvador, Finland, Hungary, Ireland, Netherlands, Norway, Poland, Portugal, Slovak Republic, Switzerland, The United Kingdom of Great Britain and Northern Ireland.

Failure to pay child support may not only prevent a non-paying spouse from becoming a U.S. Citizen but may have dire immigration ramifications even on the U.S. Citizens. Although U.S. passports cannot be denied based on requests from private individuals, nonetheless the Secretary of State must deny issuance of a passport to a person who is in arrears of child support of more than $5,000 based upon a certification to that effect by the Secretary of Health and Human Services (HHS). (42 U.S.C. 652 (k)). Needless to say that the restoration of a U.S. passport or even obtaining the limited validity passport for the purpose of entering the U.S. is a complicated bureaucratic process.

Timely consultation with a lawyer who understands both the complexity of the family matter and the immigration hurdles that might transpire from uninformed decision may allow a financial struggling U.S. resident spouse to get the benefits she/he is entitled to. A spouse who cannot afford to pay the required child support amount but who needs to leave the U.S. for a legitimate reason may be able to do so without jeopardizing his immigration status.

Please contact our Connecticut immigration attorneys to schedule your FREE case evaluation to protect your spousal and immigration rights in the family matters.